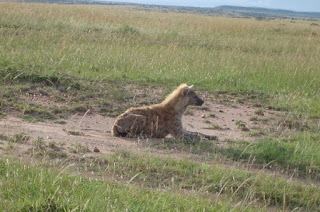 We had asked Dr. Holekamp from Michigan State University to speak at our weekly department seminar, which was last Wednesday here at BGSU.  Dr. Holekamp is a Professor at the Departments of Integrative Biology at MSU, as well as the Director of the EEBB (Ecology, Evolutionary Biology, and Behavior) program. 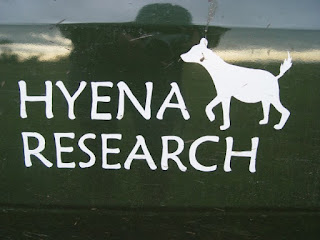 What interested us to invite her to speak was her more recent work involving conservation issues of the hyena clan(s) that she has been studying since the late 1980s.  She gave a wonderful presentation explaining the developing situation in the northern end of the Masai Mara National Reserve in Kenya.  There is rapid development in Kenya and the closest town to the reserve, Talek, has been growing in size but is now limited from it being surrounded by the Masai Mara on the south end and new privatized conservation areas to the west, north, and east.  Essentially it is like an island of people in the middle of preserved areas.  Which makes things difficult for the cattle herders for grazing purposes.  Therefore grazing occurs within the reserve, with cattle being walked into and out of the reserve every day.  Since the herders gate their cattle at home every night there is only a certain distance they can make it into the park before they have to head back. 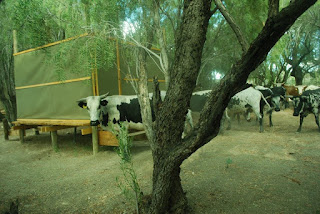 Dr. Holekamp and her graduate students have been reviewing differences between the spotted hyena clan closest to Talek (also called the Talek clan) and hyena clans living further into the center of the reserve.  Overall, they have found that the hyenas are still living near the town, the clan near town is larger in numbers, but are more vigilant and likely to stay near areas of bushes to hide in if cattle are near.  Although cattle presence did not directly influence hyena movement. Tourism didn't seem to be having an effect on the clan, even though there has been an increase in # of resorts in town. 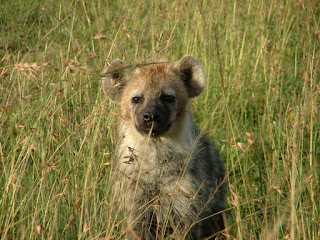 If your interested in learning more about Dr. Holekamp and her team of graduate students here is a link to her website, and
a link to her students blog. 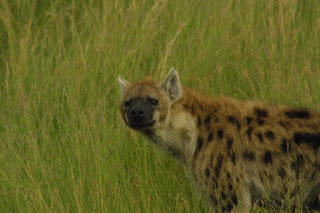 Journal articles with more specific information about this subject are:

photos are property of R. Kappler and L. Jonaitis